Home » Our team, our family » Directors 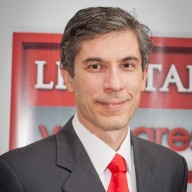 He is an economist specialized in Economic Development, Strategic Marketing and International Markets. He was a professor of Economics at the UBA and ESEADE and is currently a professor at the University of Belgrano. Member of Liberal Network of Latin America (RELIAL) and Member of the Institute of Ethics and Political Economy of the National Academy of Moral and Political Sciences. He was Founder of Delphos Investment and of C & E Consultores, President of Republic Investment Management, Fund Manager of Fondos Aleph, Executive of Techint and Medsystem S.A. He was President and founder of Citizens for Change, Executive Director of Democracia Directa, founder and Director of Foro Republicano. He lectures writes and is consulted about economics, education and innovation in the region. He is the author of several of the most successful videos of the Libertad y Progreso Foundation and, through social networks, has a great influence on local public opinion. 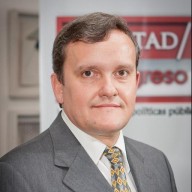 He holds a Master’s Degree in Economic Sciences from CEMA and a Bachelor’s Degree in Economics from the UBA. Executive Director of the “Libertad y Progreso” Foundation. Executive Director of CIIMA (Research Center of Institutions and Markets of Argentina) belonging to ESEADE. Professor of the Master of Finance and Independent Investigator of ESEADE. Academic Adviser of the “Club de la Libertad” Foundation. Member of the Consultative Council of Instituto Acton. He was a partner and General Director of the EXANTE Consultancy and the PROECO Consultant. Economic and financial advisor to companies, banks and intermediate entities. 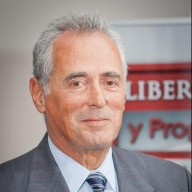 He is a Civil Engineer with post-graduate studies in Economics and is currently President of the National Academy of Moral and Political Sciences. He was Secretary of the Treasury and Secretary for the Modernization of the State. Between 1983 and 2010 he was Director and President of Infupa S.A. He is an Academic Advisor of FIEL and member of the Board of Directors of A.C.D.E. (Christian Association of Business Managers), member of the National Academies of Engineering and of Moral and Political Sciences. He is the author of three books and publishes frequently in national newspapers and media.